A Statement by the Council of Elders 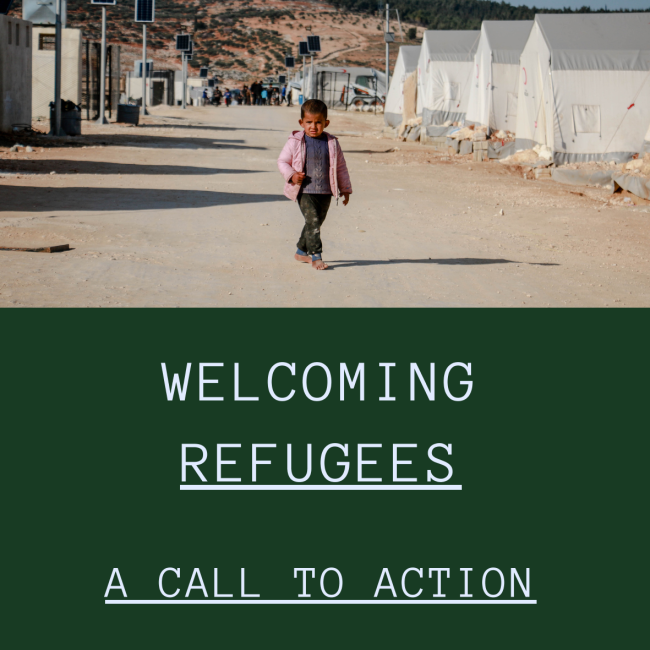 I was a stranger and you welcomed me.

MCC laments and rejoices on the news out of Afghanistan – lamenting the violence of a chaotic transition and rejoicing as countries, communities and homes are opened to refugees. Australia welcomed many from the Afghanistan women’s soccer team. Canada welcomed groups including persecuted Afghan minorities, women human rights advocates, LGBTI individuals, and journalists. The Philippines welcomed Afghan nationals including women and children seeking refuge.

Recent numbers from the United Nations High Commissioner for Refugees, UNHCR, reports that the number of displaced people around the world as 65 million. Migration is not a conservative or liberal issue, it is a human condition, not a media or political exploitation opportunity.

Sandrine lives in Luxembourg and migrated with her family 3,848 miles from Rwanda. They were forced to flee their home country in order to find peace and security in Europe. Her work includes training companies and organizations to achieve greater cultural diversity among staff and to facilitate intercultural conversation between team members. Sandrine says, “I am not a nationality, I am a woman, a professional, a volunteer and a student. I am a person.”

Honduran migrant Cesar Mejia was featured in a November 14, 2018 article in the New Yorker magazine. Mejia had brought a gay pride flag with him from his hometown of San Pedro Sula on his journey toward the United States: “When I took out the flag on the caravan, people asked me what country it was from, and I told them, ‘It’s the flag of the world.’”

Many migrants, asylum seekers and refugees speak of global citizenship rather than particular national citizenship. This connects with chapter two of the Letter to the Church in Ephesus from Christian scripture: “So then you are no longer strangers and aliens, but you are citizens with the saints and also members of the household of God” (Ephesians 2:19).

MCC has long advocated for inclusivity in the church. Beyond providing spiritual belonging and care, one of the most important things MCC churches may do for someone who is a migrant or immigrant or asylum seeker or refugee or undocumented, is to connect that person with legal representation. Migrants have rights and it is important to have excellent legal advice.

Some additional things MCC churches may do immediately to help refugees resettle from Afghanistan:

Take action now to welcome refugees in your community.