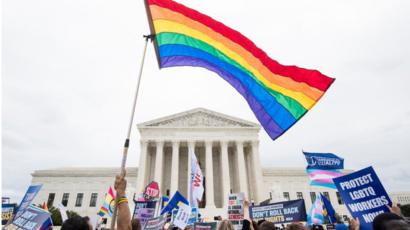 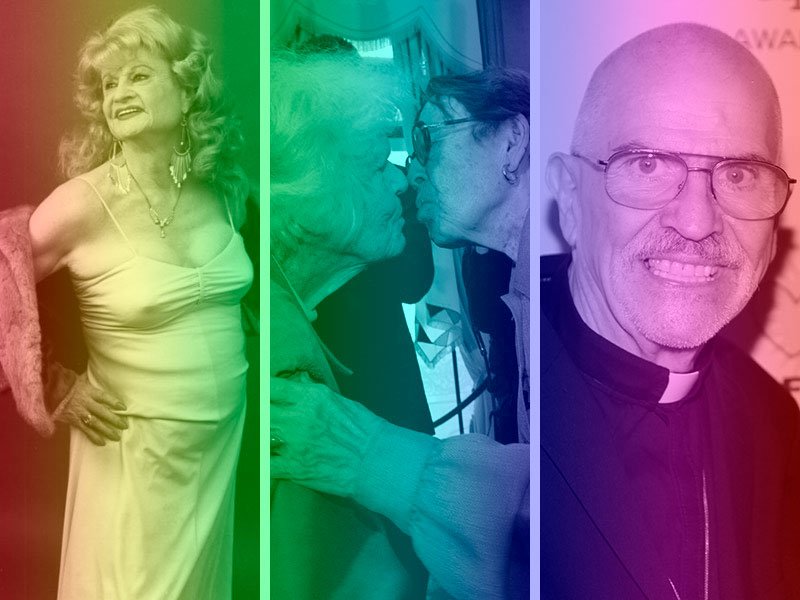 This week, the US Supreme Court gave LGBTQ+ Americans a great Pride gift! In a landmark 6-3 decision, the court held that a federal law prohibiting discrimination in employment “on the basis of sex” (Title VII of the Civil Rights Act of 1964) applies to LGBTQ people due to sexual orientation or gender identity. This is what MCC Founder Rev. Troy Perry calls a win worthy of celebration, and it is something that MCC activists have been working towards for decades.

We celebrate this advance, while also mourning that it takes this kind of action to legislate against discriminatory practices that harm LGBTQ people. We sincerely hope that this protects workers who have previously been terrified that if they get married to their same-sex partner today, they could be fired tomorrow. It’s all the more worthy of celebration this Pride month, as the US President’s Administration has made overtly hostile moves to limit healthcare benefits for transgender people, and to roll back other advances for the queer community.

At the same time as we applaud this decision, we are aware that these kinds of victories are only victories when they truly protect ALL people. The most marginalized among us — the poor, people of color, trans* folx — may still face an uphill battle to defend these rights when they are threatened. Only those with sufficient financial and social resources will be able to challenge these injustices in court.

Nevertheless, we thank God that times are changing. We can and should be PROUD of the work of so many MCC ministers and leaders who have worked towards this type of legislation for years. MCC honors you, and we are grateful for your witness, your sacrifice, and your tenacity to create a more just world for LGBTQ+ people. We also pray for an end to all systems that privilege those with resources at the same time as they perpetually disadvantage others because of systemic racism, etc.

MCC is a global movement, and we want to be able to celebrate the same types of progresses in other areas of the world. We know that the US is not the only country making advances, or the exemplary leader in these struggles. Once again, we’re not free until we are all free.

Metropolitan Community Churches 50+ years!
Founded in 1968, Metropolitan Community Churches (MCC) has been at the vanguard of civil and human rights movements by addressing issues of race, gender, sexual orientation, economics, climate change, aging, and global human rights. MCC was the first to perform same gender marriages and has been on the forefront of the struggle towards marriage equality in the USA and other countries worldwide. MCC recognizes a state of need around the world in the areas of human rights and justice, including the Lesbian, Gay, Bisexual, Transgender, and Queer communities. As people of faith, MCC endeavors to build bridges that liberate and unite voices of sacred defiance. MCC leads from the margins and transforms.