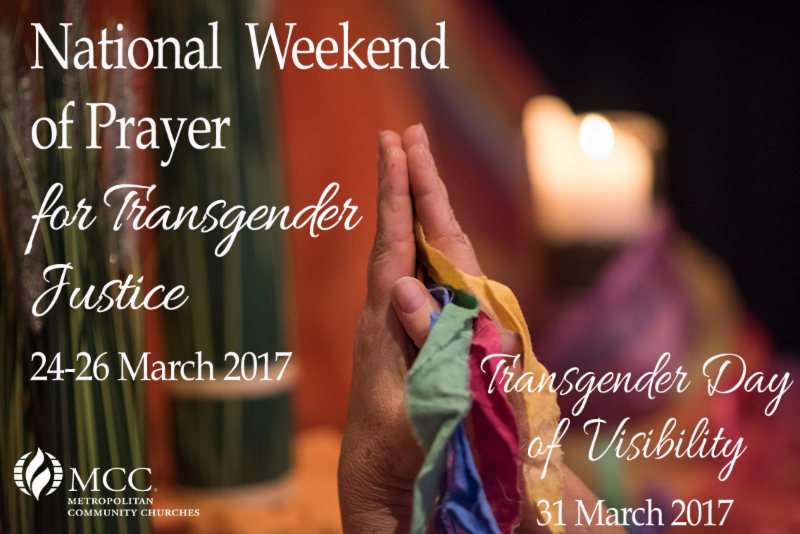 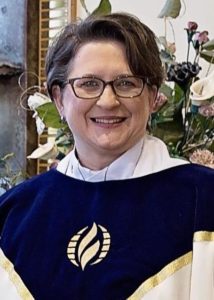 The global movement for transgender identity, rights, and justice is at a critical moment. Media coverage and programs, national and local legislation, and religious discussions focused on transgender people are more frequent than ever.

According to a recent article in The Advocate,”Transgender women [in the U.S.] are over four times more likely to be murdered than the general population of all women, and 2017 is on track to be the most deadly year for transgender women, particularly those who are African-American.” Six members of Congress sent a plea to Attorney General Sessions to hold a hearing since six transgender women of color have already been murdered this year.

According to transrespect.org, the United States has the third highest rate of murder of trans* people after Brazil and Mexico. We cannot be silent!

Let me be clear, in the U.S., North Carolina’s HB2 legislation restricting public bathrooms to “gender assigned at birth,” including the Gavin Grimm case, are not about bathroom protections. The bathroom discussion is a fear-mongering tactic to mobilize fundamentalists and right-wing voters to spread disinformation about trans* people, reinforce boundaries of gender in culture and law, and create fear of trans* persons and the community.

The LGBTQ+ liberation movement started in part by persons in the transgender family, predominantly trans* persons of color, who said, “Enough!”. In the beginning, the LGBTQ+ communities resisted together. Yet, today I am deeply grieved to say the solidarity is not visible. Where is the outrage at increasing harm against children bullied by other children and adults? Where is the concern for the safety of transgender persons now and the next generation of trans* folx already among us?

Just a few weeks ago, standing in the cold at the Transgender Rights Rally and March in Chicago, there were only two identifiable clergy, myself and Rev. Jennie Kitch, and both are cis-gender MCC clergy. We stood there and asked ourselves, “How is it that hundreds of clergy show up for annual Pride festivals and parades but stay home when we need them because transgender rights are being attacked?” Two transwomen of color have been murdered in the Chicago area alone in six-months, legislation is removing protections for children, and no other clergy are visible! I am concerned that well-meaning clergy of many communities are willing to celebrate Pride, or host an annual memorial, yet hesitate to be visible when transgender rights are the cause.

This is also a question for MCC at every level: What are we doing? Are we only going to host vigils for transgender persons brutally attacked and killed? This is the time to either start or renew the call, to visibly stand up for transgender rights in every city, state, and nation. Some of us do this really well, especially for transgender adults. This is the time to do more and expand. Transgender children and families need safe places for gathering, worship, socializing. Trans folx need places to explore the spirituality of transition and becoming. We need to show up in community spaces including school district meetings, boardrooms of companies, and government offices, speaking against all types of discrimination.

We are in a season to be bold. Marriage Equality required solidarity with many allies over the last decade. Remember, the foundational complaint against Marriage Equality is gender. Crossing the lines of gender and social norms is our collective work towards equality. We must continue to resist gender discrimination in every form!

Our movement began as gay rights. With growing awareness we identified as GLBT then LGBT. Today it is time that the focus shift to those who are under direct and callous attack. I am asking you to put the T first: TLGBQ+

Trans* folx, you are MCC! Your voice, presence, and spirituality remains at the core of MCC values. Each of you shape MCC into inclusive, spiritually transformative communities of social action. MCC is here standing with you. No one is in this alone. Allies, partners, and persons of all and no faith traditions stand with us in this road to full transgender rights. Our churches are open and will be present at your side.

Words are not enough.

This is why the MCC Governing Board will be holding meetings in North Carolina, by invitation, to show solidarity with trans folx and ensure the TLGBQ+ community is not abandoned during this struggle to repeal HB2. During our time of meetings, the MCC Governing Board will participate in Transgender Day of Visibility activities and support transgender activism in the state.

What are your plans? How are you going to engage the community, schools, children, parents, and people of faith this month, and the next, and the next?
Host a discussion or Bible study about gender and transition,
Have a party for parents and their transgender children (or transgender parents and their children),
Join MCC and other organizations in the National Weekend of Prayer for Transgender Justice March 24th – 26th.
Whatever you do, welcome each transgender person as an angel sent by God.

Hear this passage for this day and time, 1 Peter 2:9
“But you are a chosen generation, a priesthood of all believers, a holy tribe, a Queer people, that you may proclaim the wondrous acts of God who called you out of sadness and sorrow into the marvelous light.”

People of MCC, this is OUR time, for this generation. The trans* children and adults of the world are watching, listening, and literally dying while waiting for our response.

Rev. Elder Rachelle Brown
Interim Moderator, Metropolitan Community Churches
MCC Co-Sponsors National Weekend
of Prayer for Transgender Justice
24-26 March 2017
From nationalweekendofprayer.org:
“The National Week of Prayer has been a recurring project of the Religious Institute, in response to U.S. Supreme Court cases concerning sexual and gender justice.
The Supreme Court may not hear Gavin Grimm’s case this March, but faith communities are not waiting for the Court to take action. The current environment of intolerance toward transgender people, implicitly condoned by the top levels of government, is having direct impacts on transgender communities. Transgender women of color are paying for it with their lives. Transgender students are being denied access to basic facilities. All while state legislators across the country are filing harmful anti-transgender bills.People of faith will not be silent. On March 24-26, faith communities across the country will join together to pray for transgender justice.”

Visit https://www.nationalweekendofprayer.org/guide-to-observing/ for ideas about how to observe the National Prayer Weekend.