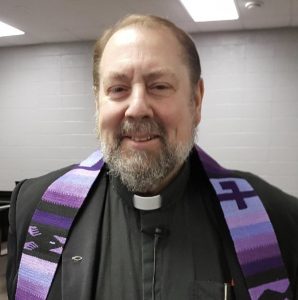 Rev. Todd Ira Goewey passed away November 14, 2018, following a brief illness. He is survived by his sister, Lynne Goewey, and a beloved friend Brice Wilson. Rev. Goewey will also be missed by the congregation of MCC Charlotte, in North Carolina, USA, where he was elected as their pastor earlier in March.

Rev. Goewey was born March 27, 1955, and raised in Upstate New York, just south of Rochester.  He was raised an Episcopalian with strong Catholic influences from his grandparents.

Goewey graduated with a B.A. from Thomas Edison State College in New Jersey.  He had a dual major in Philosophy and Psychology with a minor in music.  After graduation from college, Goewey worked as a socio-therapist with juvenile delinquents in a residential treatment facility. From there he took a position in a community-based group home. 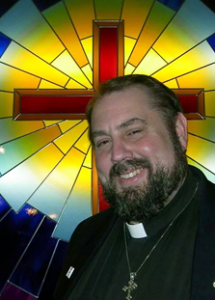 He left that job to become Promotional Director for a Hollywood show, where he lived on the road 362 days a year. Some of the properties they had included Love Boat, Fantasy Island, Mork and Mindy, and BJ and the Bear.  While shooting The Cotton Club, the president of the company was murdered, and that job came abruptly to an end.  Goewey returned to New Jersey to start his life anew.

Goewey began a new career with JC Penney, quickly moving into a Management Training Program. However, he had experienced enough of corporate life to know this was not for him, so he switched to the private sector. He joined a “mom and pop” operation and managed two video rental stores, a music store, and a convenience store. At the same time, he also worked as the load-master for an air freight company.

Responding to God’s call, he left these jobs and moved to Florida. He opened his own company making and selling fresh homemade fudge. He sold his products at arts and crafts shows throughout the state of Florida on weekends. He did this until his calling necessitated him having to be on church every Sunday. He took two part-time positions and retired his company.  He worked first as the Administrative Assistant to the District Coordinator for UFMCC’s Southeast District, and as the evening supervisor for a telephone answering company.

Goewey completed his theological education at MCC’s Samaritan College and his four years of experiential training at MCC Tampa, Tampa, Florida, under the direction of Rev. Karen Ducham. Goewey was Ordained in 1998 at MCC Tampa.

Since then he served as pastor with several MCC churches:

Memorials can be sent to MCC Charlotte, MCC Tampa, and MCC Pittsburgh.