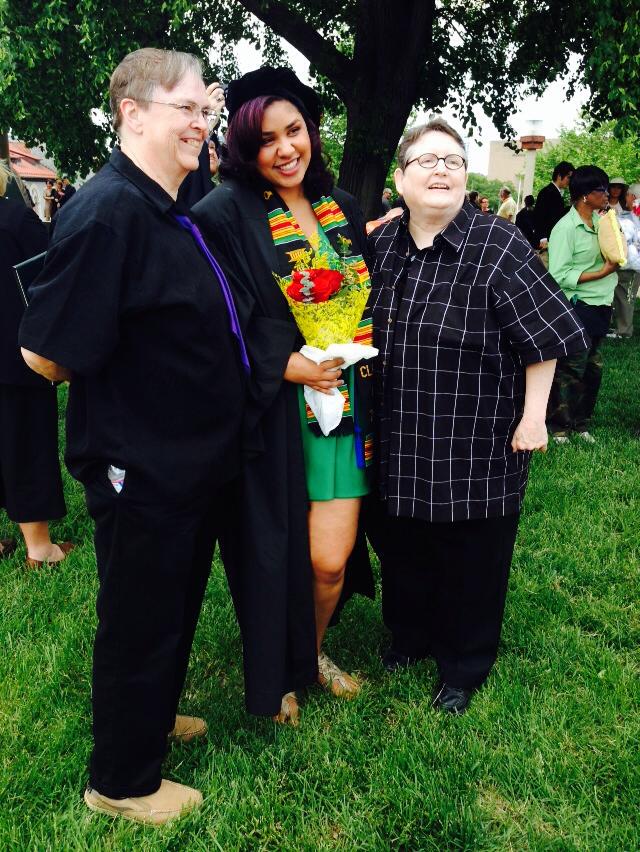 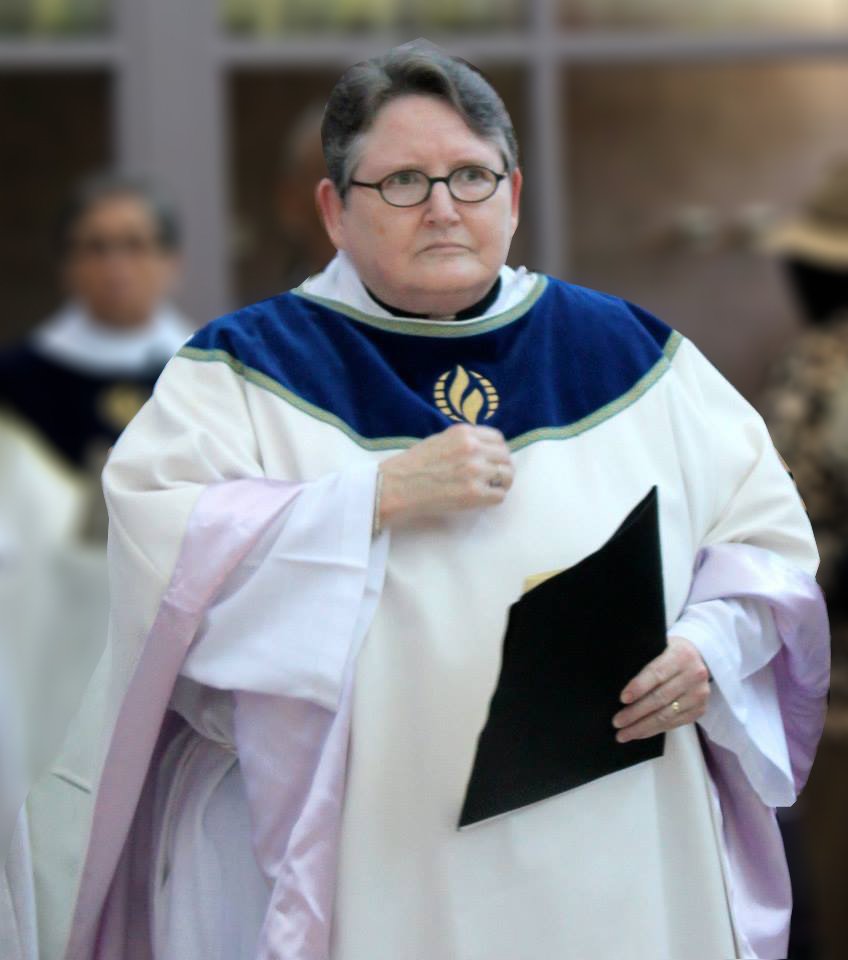 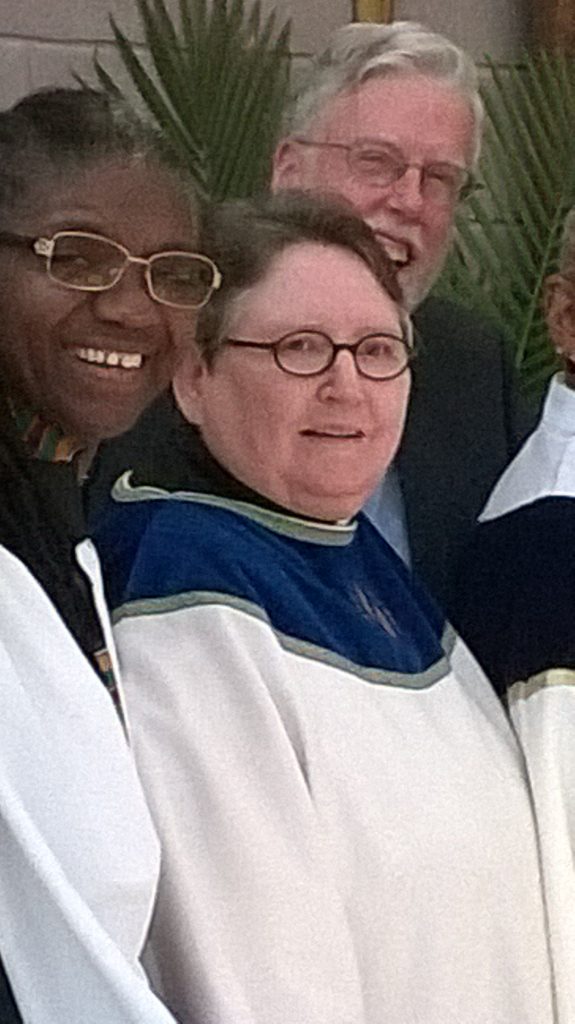 Arlene was born on 22 February 1949, in San Francisco, California, USA. She was lovingly adopted at the age of 6 months by Henry Ackerman and Amelia Heil Ackerman, of Lodi, California. Arlene was the second of two daughters and grew up in a home designed by her mother and built by her father, who was a carpenter. Her mother operated a fountain and lunch counter in downtown Lodi inside the pharmacy. Arlene graduated from Lodi High School in California in 1967.

Arlene spent over 40 years in professional ministry. She began her work in service to others when she was 18 and had just graduated from high school. She was not allowed to pursue her desire to become a cleric in her home church, so she joined a lay volunteer program for a year with the United Church of Christ, serving in Pennsylvania and the North East. In the 70s, as the director of a coffeehouse in Hartford, Connecticut, Arlene stood between rival motorcycle gangs to prevent a fight, and she was only a teenager.

At age 19, Arlene moved back to her home town of Lodi. With the assistance of the Council of Churches and City Council, using an empty funeral home, she started Der Mensch Coffeehouse where all were welcome and musicians from all over came to play folk music. Two years later she convinced the city council to rent a vacant train station for a $1 a month. There, she started Lodi House, a community center focusing on drug abuse prevention. The programs she developed were very successful. Arlene served on the state of California commission which was developing the first drug abuse and prevention guidelines for the state. Lodi House is still in operation as a women’s shelter.

In the early 70s, Arlene discovered the Universal Fellowship of Metropolitan Community Churches (UFMCC) when she read Rev. Troy Perry’s book, The Lord is My Shepherd and He Knows I’m Gay. The first time she went to worship at MCC Stockton, she and her partner sat in her car for several minutes to build up the courage to walk in.

In 1977, under the tutelage of Rev. Elder Freda Smith at MCC Sacramento, Arlene was licensed in MCC. At that time MCC licensed clergy for ten years before they had to be ordained. In 1978, she was called as Assistant Pastor of MCC Portland, Oregon, and worked with Rev. Austin Amerine. From 1981 to 1985, Arlene was the Pastor at MCC Bakersfield, California. While pastoring there she immersed herself in learning about church growth. She attended the Robert Schuller Church Growth Institute in Garden Grove, California, at least three or four times and read every book she could find on the subject. When the senior pastor position became available, Arlene courageously applied, although MCC did not have many women pastors yet. In 1981, she was elected Pastor of MCC Bakersfield, California.

Arlene and her partner, Jacqueline Rae Bogle [Ackerman], had their Holy Union in Bakersfield in 1982, officiated by Rev. Robert Arthur, District Coordinator.

In 1985, Arlene was elected Senior Pastor of All God’s Children MCC (AGC MCC) in Minneapolis, Minnesota. At the time, the church was meeting in a storefront and had 75 members. By 1987 the church purchased one of the five largest buildings owned by UFMCC with a seating capacity of several hundred. Later that year the members of AGC MCC threw a party for Arlene’s ordination. By 1989, AGC MCC had grown to a membership of over 400 individuals, and when Arlene resigned in 1991, the church was serving over 1300 different people per week.

Arlene and Jacquie created their own unique family in 1989, in Minneapolis, Minnesota, through adoption of their daughter Amanda who was 20 days old. To their knowledge, they were the first same-gender couple in the state to adopt through a private agency rather than through the foster care program. Arlene adopted Amanda when she was almost eight months old. At the time, Jacquie was not allowed to co-adopt. The family moved from Minneapolis to Lancaster, Pennsylvania in July 1991, when Arlene was elected District Coordinator for the UFMCC Mid-Atlantic District. When the law changed in Pennsylvania, Jacquie was finally able to co-adopt Amanda who was 14-years-old.

During the second half of her career in ministry, Arlene served as District Coordinator of the Mid-Atlantic District, and Regional Elder for 14 states and part of Europe while also overseeing Church Growth for MCC. During her last seven years with MCC, beginning in 2005, she served part-time as a Resource Assistant to the Moderator, writing policy and training guides, leading workshops for clergy and local church leaders, in addition to matching pastors with churches in MCC.  Arlene fully retired from MCC in 2015.

Arlene is survived by her wife of 38 years, Jacqueline Rae Bogle Ackerman, and their daughter, Amanda Joy Abebe Rae Ackerman, both of Atlanta, Georgia; her sister, Diana Calvert, and nieces, Lori Calvert and Gaylene Lambson, and two great nephews.

Arlene was a loving woman who lived her life with passion. She touched thousands of lives in her ministry, yet was always humble.  She is sorely missed by family and friends all over the globe.