It is thought that bisexual people make up more than 40 percent of the LGB community (https://www.pewsocialtrends.org/2013/06/13/a-survey-of-lgbt-americans/) , but media, the mainstream, and even LGBT groups often erase their experiences and specific needs or fold them into lesbian and gay programs and statistics. BiNet USA (www.binetusa.org), Bisexual Resource Center (www.bisource.net), GLAAD and other organizations helped organize the first ever Bisexual Awareness Week in hope that it would be a step toward making more space for the B in LGBT.

September 23, 1999 was the first Celebrate Bisexuality Day, and in that tradition a big part of the week aims to celebrate what makes bisexuality and bisexuals great, and honor their accomplishments throughout history and today. Organizers also wanted to make people aware of the stark realities non-monosexual people face, like poorer health, higher rates of sexual assault and relatively low rates of being out as bisexual — only 28 percent of bi people say they are out to the most important people in their lives, compared to more than 70 percent of gay and lesbian people.

Bisexuals have successfully worked together to gain more visibility and pursue proactive policies and services in recent years. There are many ways to celebrate and honor Bisexual Awareness Week. Here are a few!

Educate yourself about the specific challenges of bisexual people and support efforts to improve their lives.

A report from the LGBT Movement Advancement Project (https://www.lgbtmap.org/file/understanding-issues-facing-bisexual-americans.pdf) uses data to demonstrate the ways in which bisexual people face specific challenges and thus require targeted solutions. “The report collates a lot of data that has been widely shared and discussed because there simply isn’t much reliable data on bisexuals”, said Heron Greenesmith, a movement and policy analyst for LGBT MAP. It’s startling and important to see so much data collected in one place. The report highlights poor physical and mental health among bisexuals compared to heterosexual, lesbian and gay people; higher levels of poverty; and higher rates of intimate partner and sexual violence among bisexual women. 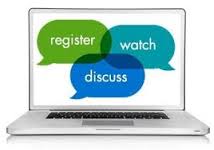 BEYOND BINARIES: WELCOMING THE ‘B’ IN LGBTQ

To Register, go to https://www.religiousinstitute.org/bisexuality-webinar/

Download the MCC Be a Bisexual Advocate Brochure here

Donate to organizations that support bisexuals.

Although bisexual people make up a very large portion of the LGBT community, funding for bi-specific work makes up a small part of funding for LGBT programs. If you’ve got extra dollars floating around, put them toward the work of improving quality of life for bisexual people. National organizations like BiNet USA (www.binetusa.org) and Bisexual Resource Center (www.biresource.net) are collecting resources, energizing communities and working directly with LGBT and mainstream leaders to promote bisexual causes and get information into the public. Find out if your local LGBT resource center provides bi-specific programming and give a donation marked for that program.

Engage with people online and in real life about bisexuality.

BiNet has a series of hashtags for the week to highlight different aspects of the bisexual movement, which you can find here, https://www.bisexualweek.com/about/   The hashtags so far — #bihistory, #BiMedia, #RecognizeBiMen, #BiTrans , #BiAllies, #bipride, #bisexual, #BiDay, #BiVisibilityDay and #bifacts — have provided some amazing insights and resources, so check them out on Twitter and contribute!

Acknowledge and celebrate bisexuals and bisexuality

Bisexuals are often an afterthought, lumped in with bigger headings like gay, queer and LGBT without being named as their own community with specific needs. Subtle changes to daily language — the simple act of naming bisexuality and actively including bisexual people and concerns in activism, policy language and service provision will make an impact. The fight is so much bigger than visibility, but reversing the damaging impact of erasure and silencing is an important first step toward caring for bisexual people and communities.


Out and Proud Bisexuals 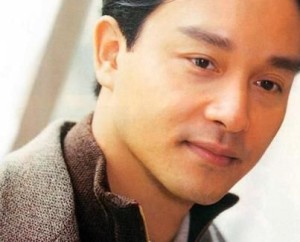 (張國榮; 12 September 1956 – 1 April 2003), nicknamed big brother (哥哥), was a film actor and musician from Hong Kong. Cheung is considered one of the founding fathers of Cantonese pop music and enjoyed a hugely successful film and music career. In 2000, Cheung was named “Asia’s Biggest Superstar” by China Central Television and MTV. In a 2010 global poll by CNN, Cheung was ranked #3 music icon of all time behind only Michael Jackson and The Beatles, and ahead of Elvis Presley and Reggae godfather Bob Marley.

Leslie Cheung took on film roles that were explicitly queer or trans, including in Wong Kar-wai’s 1997 film “Happy Together.” For such a high-profile star to take on a queer roles brought LGBT issues into public consciousness throughout the region. Cheung was far more reserved about his personal life, and cleverly used the ungendered pronoun in Cantonese to speak of his lovers in gender-neutral terms. When his relationship with Daffy Tong (a man) became known, he was asked in a Time Magazine interview whether he was gay. Cheung answered “It’s more appropriate to say I’m bisexual.” 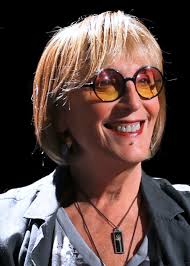 (15 March 1948 – ) Bornstein is an author, experimental performer, actress, and LGBTQ activist. She was assigned male at birth, and now describes herself as non-binary gendered, e.g. midway between male and female. She is the author of the seminal transgender manifesto Gender Outlaw. 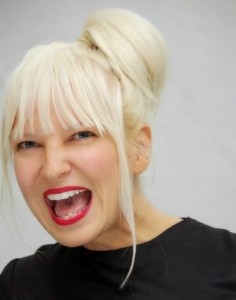 (born Sia Kate Isobelle Furler on December 18, 1975) is an Australian singer, songwriter and music video director. Sia first rose to international prominence in 2005 when her epic song “Breathe Me” was featured in the last scene of the hit HBO show, Six Feet Under. Her songwriting credits include Rihanna’s “Diamonds,” Beyonce’s “Pretty Hurts,” and David Guetta’s “Titanium.” Sia performed her own hit song “Chandelier” for President Obama and the crowd at the Democratic National Committee’s annual LGBT Gala in June 2014.

Although long out about her relationships with both men and women, Sia was frequently labeled a lesbian by the media because of her relationship with JD Samson from the bands Le Tigre and MEN. Sia came out as bisexual in August 2013, tweeting, “I’m queer. I don’t really identify as a lesbian because I’ve dated predominantly men. But I’ve certainly dated women.” Sia married documentary filmmaker Erik Anders Lang at her home in Palm Springs, California in August 2014. 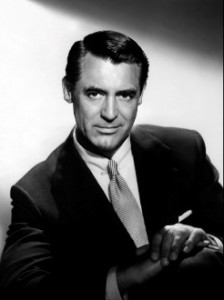 Cary Grant (born Archibald Alexander Leach; January 18, 1904 – November 29, 1986) was an Iconic leading man during from the 1930s until the 1960s. After years of rumors and speculation, Betty White outed the silver-screen legend on an episode of The Joy Behar Show. Grant himself made no public statements on the subject, although he did sue for slander after Chevy Chase joked that Grant was gay on a talk show. In “Evenings With Cary Grant: Recollections In His Own Words,” Grant is quoted as saying “I’m opposed to actors taking sides in public and spouting spontaneously about love, religion or politics.” 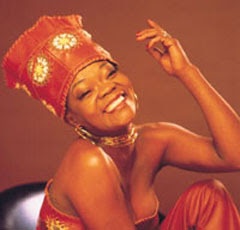 (3 November 1964 – 9 May 2004) Fassie was a South African pop singer. She was known for her “outrageousness” and widely considered a voice for disenfranchised blacks during apartheid. She was affectionately known as the Queen of African Pop or Africa’s Madonna. Brenda Fassie was bisexual which, while taboo for many Black South Africans, served to enhance her rebellious image among her fans in the country’s defiant townships. 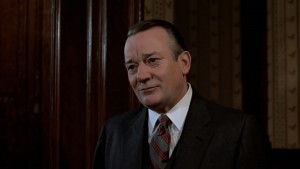 (31 May 1922 – 6 October 1992) was an English film, television and theatre actor with more than 120 film and television credits. In the 1980s, he won the BAFTA Award for Best Actor in a Supporting Role in three consecutive years, the only actor ever to have achieved this. He is perhaps best known for portraying Dr Marcus Brody in Raiders of the Lost Ark (1981) and Indiana Jones and the Last Crusade (1989) and as “Coleman” in Trading Places (1983). In 1988, Elliott was appointed a Commander of the Order of the British Empire (CBE) for his services to acting.

The primary relationship in Elliott’s life was to American actress Susan Robinson (7 March 1942–12 April 2007), with whom he had two children, Mark and Jennifer. The two had an open marriage and both lived rather uninhibited lives. 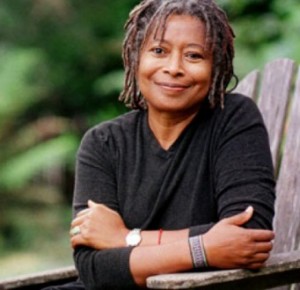 (born February 9, 1944) is an American author, poet, and activist. She has written both fiction and essays about race and gender. She is best known for the critically acclaimed novel The Color Purple (1982) for which she won the Pulitzer Prize for Fiction. Walker is bisexual, and her partners have included Tracy Chapman. She is mother of another famous bisexual woman, Rebecca Walker. 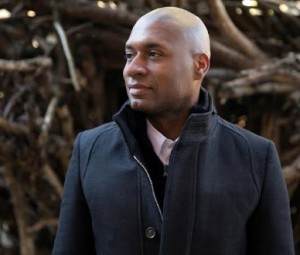 Charles M. Blow (born August 11, 1970) is a New York Times columnist and frequent commentator on CNN and MSMBC. Previously, he was graphics director of the Times and art director of National Geographic magazine. The father of three discusses his sexuality in “Fire Shut Up in My Bones: A Memoir,” released in 2014. As Blow describes it, he long chafed at the word bisexual because he too held common misconceptions about the term and because, in general, he resisted his own sexuality in a futile attempt to become straight. “In addition to being attracted to women, I could also be attracted to men. There it was, all of it. That possibility of male attraction was such a simple little harmless idea, the fight against which I had allowed to consume and almost ruin my life. The attraction and my futile attempts to ‘fix it’ had cost me my dreams.”