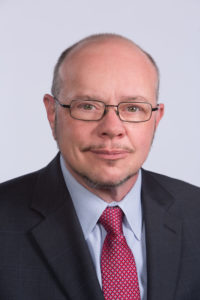 Rev. Dr. Elijah C. Nealy, LCSW is a social work professor at the University of Saint Joseph, West Hartford, CT. An openly identified transgender man, he served as a local church pastor and Regional Coordinator for the former South Central District. Dr. Nealy brings clinical, programmatic, and advocacy experience in work with trans and gender diverse children, adolescents, and adults. Widely regarded as a dynamic speaker, he provides regular workshops and trainings. He is the proud father of three amazing young people and author of the forthcoming, Transgender Children and Youth: Cultivating Pride and Joy with Families in Transition.

My calling to this work is rooted in these words: “Power at its best is love implementing the demands of justice, and justice at its best is power correcting everything that stands against love” (Dr. Martin Luther King, Jr.).  As a trans man, I experience many moments of marginalization. But as a white trans man I have, and continue to benefit from, white privilege, allowing me access to opportunities and safety my siblings of color do not share. In all the places where we hold power, I believe God calls us to exercise that power to implement justice and correct everything that stands against love. 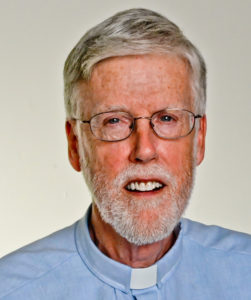 Rev. Dr. Robin Gorsline, Writer-Theologian in Residence at MCCDC, is engaged in a ministry of writing and teaching. He has three blogs—LoveandCommunity.net; FaithfulPoetics.net; and SexBodiesSpirit.net. He served as President of POFEV: People of Faith for Equality in Virginia, and as Pastor of Metropolitan Community Church of Richmond. A native of Michigan, where he served as an elected official, Dr. Gorsline earned the M. Div. from Episcopal Divinity School and the Ph.D. in Systematic Theology from Union Theological Seminary, New York. He co-edited Disrupting White Supremacy from Within, and is the author of articles on sexuality, anti-racism, and theology.

I began my commitment to undermining white privilege and supremacy in 1978 when, as an elected County Commissioner, I observed that the inmate population of our jail was more than 75% Black (in a county then 90% white). From then on, I began learning to see things that were generally, and deliberately, obscured by the often invisible but always potent operations of racist systems of domination. This system connects with heterorsexist, sexist, and genderist systems of control, meaning that human bodies, in their sacred, diverse glory, constitute the field of contest for all who seek to live as the whole people of God. 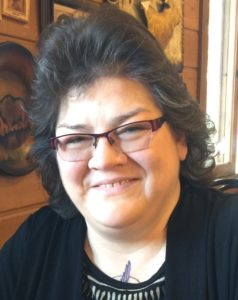 The Rev. Dr. Kharma R. Amos has served as the Associate Director of Formation and Leadership for Metropolitan Community Churches since late 2011. In that role, she is privileged to work with and support clergy, candidates discerning and preparing for ordained ministry, and other leaders of MCC around the world. Kharma served as the Senior Pastor of the Metropolitan Community Church of Northern Virginia for nine years prior to joining denominational staff.  Rev. Amos received her Master of Divinity degree from Lancaster Theological Seminary in 2002 and her Doctor of Ministry degree from Episcopal Divinity School in Cambridge, Massachusetts in 2008 where her work focused on Queer Theology and Congregational Life.

I am honored to be a part of the Racial Reconciliation Working Group and passionate about the need for focused efforts to dismantle racism and white supremacy in MCC and in the world.  I continually aspire to be more aware of my own white privilege and the myriad ways in which this functions to oppress peoples of color. The work of this group, among other things, gives me hope that MCC can indeed Be Justice in the world. 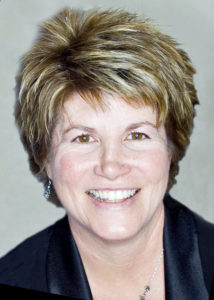 Linda L. Brenner is an Associate Director for the Office of the Moderator and oversees communication strategy and brand management. Previously, Linda served as Rev. Dr. Nancy Wilson’s assistant and Project Manager for the International Task Force. Before joining the MCC staff, Linda was an award-winning high school journalism teacher for over two decades. Linda holds a Master of Arts degree in Curriculum and Instruction, with a minor in English, from the University of Nebraska-Lincoln. She has served as a contributor to the MCC Theologies Team’s Holy Conversations, “Testimonies about Ministry” in addition to articles and presentations about teaching strategies. Linda and her wife, Susie Brenner, have a nationally touring music/storytelling ministry. 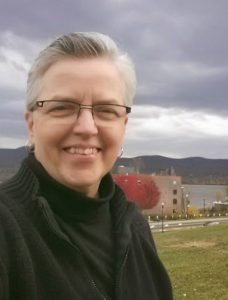 Ann Craig was ordained in the MCC and TFAM August 2015 and serves as MCC’s communication consultant. A longtime United Methodist leader and advocate for LGBT rights, Ann was the first director of faith at GLAAD where she worked with more than 20 LGBT faith groups. Ann is a graduate of Yale Divinity School and Nebraska Wesleyan University. She served for 22 years in the national offices of the United Methodist Church and has been an ecumenical LGBTQI advocate since 1975. Ann has been committed to racial justice since she was a small girl when she saw the violence against Black Americans in the 1960s.

I  work at being comfortable and discomforted at the intersection of people—Native, Latinx, African descent, gendered, Anglo, same-gender loving, disabled, Asian—and just gloriously diverse people.  Unless I am willing to be uncomfortable with unfamiliarity, and discomforted by my white privilege, I cannot move toward appreciation for difference and work for justice.  I choose the path toward differences rather than the place of familiarity.  Lives depend on all of us to be willing to be different and to be workers for a more just world. 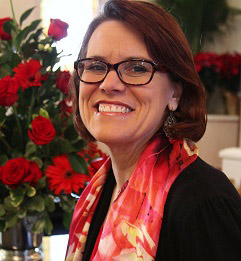 Rev. Lisa Heilig is the Resource Development Specialist for MCC, working through the Office of Church Life and Health to provide resources to support local congregations to be vital and vibrant. She currently resides in Decatur, GA, USA, where she is a Doctor of Ministry student at Columbia Theological Seminary.

Lisa has served a number of churches in the Southern US, assisting congregations through times of transition with growth in organizational development and intentional outreach. Additionally, she has extensive experience in social service ministries, non-profit  management, and program development.

I come to the work of racial reconciliation not only as a spiritual calling, but also from a personal place, being part of an interracial family for over 20 years. My family reflects the beautiful array of God’s diversity of creation and I want for them, and for all people, respect and dignity that is due to them just for being God’s own. 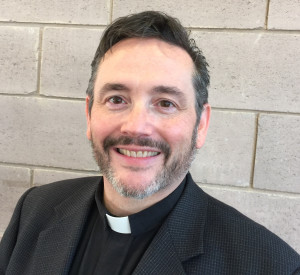 Rev. Elder Dwayne Johnson began serving as Senior Pastor of Metropolitan Community Church of Washington, DC on January 1, 2010.  Rev. Johnson has a passion for outreach, justice and equality that is grounded in spiritual development. In 2006 he participated in a peace mission to Israel with a group of Jewish, Muslim and Christian educators and clergy.  In January 2009 he became a member of the Academy for Spiritual Formation, studying with Grace Imathiu, Margaret Guenther, and others in the Spiritual Formation movement. In May of 2015 he was affirmed by the General Conference to serve as a denominational Elder with Metropolitan Community Churches.


This work is important to me because I believe that many people of privilege are in denial regarding how far we have to go for true racial reconciliation and racial equality in the United States. Our work is far from over.  Love demands that we listen more deeply and work more constructively to address issues of  economic equality, education reform, profiling, law enforcement reform and prison reform.  Black lives matter. 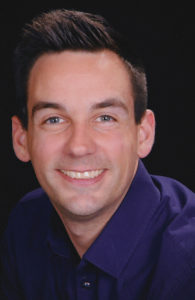 Rev. Wes Mullins is the Senior Pastor of the Metropolitan Community Church of Greater Saint Louis (MCCGSL).  He received his Bachelor of Arts degree in Biblical Studies from Lipscomb University in Nashville, Tennessee, and after being kicked out of one seminary due to his sexual orientation, he completed his Master of Divinity at Brite Divinity School in Fort Worth, Texas, where he graduated at the top of his class. Wes is an avid reader and a lifelong student who is passionate about “living the questions” rather than doling out answers. A passionate supporter of equality, he is the 2013 recipient of the Shel Anderson Award for Human and Civil Rights.

I grew up in the south in a family that had some deeply racist roots. I only came to understand that racism as I entered high school, college, and seminary. Professor Stacey Floyd-Thomas is a key influence in my life, helping me become aware of my privilege. After coming to St. Louis in November 2013, I have been able to put my awareness into action since the tragic death of Michael Brown that sparked the Black Lives Matter movement. 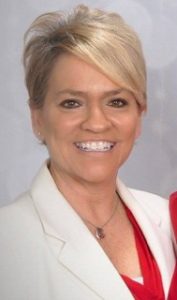 Rev. Terri Steed Pierce was born in Charlotte, North Carolina, one of the first public school systems to integrate public schools through busing students to schools outside their neighborhoods.  The impact it had on her family allowed her to see firsthand the negative effects of racism.  She grew up in the Southern Baptist Church and received her BA in Religion from Mars Hill College and her M.Div with Languages from Southeastern Baptist Theological Seminary in 1991.  She discovered MCC at the end of 1994, a place where all of her could be used by God. She currently serves as the Lead Pastor of JOY MCC in Orlando, Florida.

This work is important to me because I have a deep desire to make MCC as diverse as possible.  As the wife of an African American woman, I see daily the privilege I have as a person of European descent and the disproportionate hoops through which she has to jump simply because of the color of her skin. 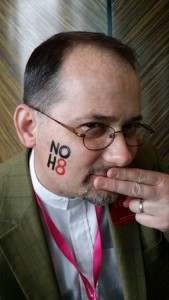 Rev. Troy Treash has served for three years as the Senior Pastor of Resurrection Metropolitan Community Church in Houston, TX. His prior ministry includes 10 years in Chicago as the Executive Director for the Reconciling Ministries Network coordinating the work of LGBTQ intersectional advocacy for United Methodists worldwide and 13 years on staff at Bering Memorial United Methodist Church HIV/AIDS ministries during the height of the AIDS pandemic.

I am committed to removing the wedges between marginalized communities to build transformational power for good in the world. Racism, sexism, classism, heterosexism all require seeing others as less than children of God. Not anymore.