It’s #BiWeek, it’s international, and MCC is joining in!

MCC is proud to celebrate our bisexual, pansexual, queer and fluid members and clergy. The often overlooked, erased, or denied “B” in LGBT, BI/Pan members and clergy are out and active in new ways and numbers. More and more, young people are declining the historic labels, choosing identities such as “queer,” “pansexual,” or “gender fluid” in recognition of the non-binary nature of their gender, affection, and attraction. Bisexual, pansexual, and queer individuals join in an identity of capability of affection and attraction all over the gender spectrum. They are non-binary, in spite of the name, and many have come to see that spectrum in their spirituality as well.
As part of a worldwide movement embracing the joining of spirituality and sexuality, MCC welcomes the celebration of all that we are created to be, including our sexuality.

“I’m proud of the name bi/pansexual, because it truly names all of who I am, and who I am capable of loving. MCC is accepting of that name and identity as a denomination, has been willing to grow to take that in, and this week, is celebrating it. God, too, is non-binary, both and neither male nor female, and MCC has been part of my coming to that understanding of God. I am proud to #bipanMCC!”

Join us this #BiWeek as we celebrate the many ways God has made us good by including a hashtag in your tweets or Facebook posts:

Join us this #BiWeek as we celebrate the many ways God has made us good by including a hashtag in your tweets or Facebook posts:

and by using the bi and pan colors or flags:

It is thought that bisexual people make up more than 40 percent of the LGBT community (https://www.pewsocialtrends. org/2013/06/13/a-survey-of- lgbt-americans/) , but media, the mainstream, and even LGBT groups often erase their experiences and specific needs or fold them into lesbian and gay programs and statistics. BiNet USA (www.binetusa.org), Bisexual Resource Center (www.bisource.net), GLAAD and other organizations helped organize the first ever Bisexual Awareness Week in hope that it would be a step toward making more space for the B in LGBT.

Many resources are available, including “Bisexuality: Making the Invisible Visible in Faith Communities” by Marie Alford-Harkey, and “Blessed Bi Spirit: Bisexual People of Faith,” edited by Debra R. Kolodny, and others through the organizations listed above. 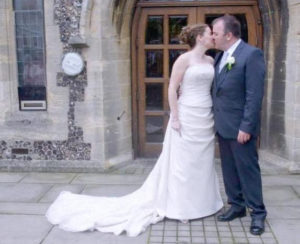 “Being Bi/pan in the LGBTQIA whatever community means often being invisible. Being married to a straight man often results in comments and second looks – yes really it is possible to be part of MCC, to be queer or Bi and to have fallen in love with someone of the opposite gender. I am proud to be Bi, to be out and open in every aspect of my life, and especially in MCC. #biMCC” 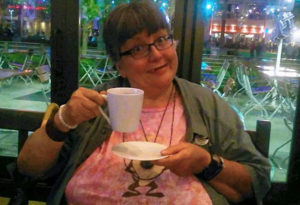 “Ever since I had an understanding of a divine presence in my life which I call God, I have internally known God was not any one gender or sexual orientation or race or any human label that is given despite hearing  many labels that people wanted me and my God to fit. When I discovered MCC as a college student, I was for the first time in a place where God did not have to have a label and it didn’t matter if I didn’t choose one aspect of God but all. This is the message I believe we as Bisexual and Pan people can bring. Focus on the being or person rather than all the labels and recognize that gender or sexuality or orientation are not meant to be single labels but fluid descriptions of the unique beings we all are.”