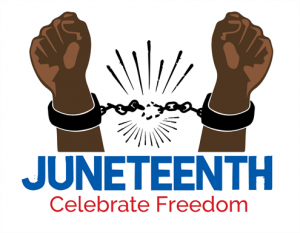 Around the world at the moment, we are hearing stories of those who are suffering injustice, violence and death because of the colour of their skin. The global uprising against this has given new energy to a long battle. For some, there may be a glimmer of hope that this is the beginning of a new day, that there is a shift, enough momentum perhaps to move the world closer to being a place of race equity, where

“one’s race identity has no influence on how one fares in society”.
(from “Awake to Woke to Work” by Equity in the Center).

These days we know instantly what is going on around the world in support of Black Lives Matter, because of the amazing technological advancements that have been made. Life was not always this way.

On 1st January, 1863, American President Abraham Lincoln issued the Emancipation Proclamation, which declared “that all persons held as slaves”….“are, and henceforward shall be free.” Today, this declaration would have been instantly carried by every news channel and social media platform. The life changing news of freedom for those who had been enslaved and its wider impact on the economy, on society and so many other things would have been analysed, commented on, debated and dissected. Think for a moment of the news channels where you are. Think about how this news would be treated today. Think about whose opinion would be sought and valued, who would not be heard or not be taken seriously. Think of who would be portrayed as victor and as victim.

In the days of Lincoln, news took longer to travel. Those held in slavery in Texas, USA did not hear the news of their emancipiation until 19th June 1865, two and a half years after the Emancipation Proclamation was announced. How many died in that time when they could have been free? How many gave up on life, not seeing any possibility of a better future? How many bodies became so broken from hard labour and cruelty that they were not able to fully grasp the opportunities that freedom offered them? “Justice too long delayed is justice denied”, as Rev. Dr Luther King Jr wrote from Birmingham Jail.

Juneteenth marks this moment in history, when those who were still held in slavery in Texas finally heard that they were free. It took a long time, but hope did arrive. Change did come. Freedom became a reality and not just a distant dream. We are grateful that justice was done and the good news of freedom came.