We’re accepting the call for a New Poor People’s Campaign for Today!

“There are millions of poor people in this country with very little, or even nothing to lose. If they can be helped to take action together, they will do so with a freedom and a power that will be a new and unsettling force in our complacent national life.” – Rev. Dr. Martin Luther King, Jr.
While our nation has been distracted by scandal and gridlock in our government, all across the country, in state capitols and Washington, DC, policies that promote systemic racism, poverty, the war economy and environmental destruction are threatening our democracy and decaying our national morality. 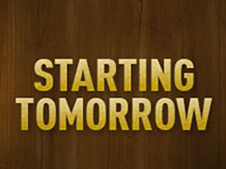 More and more working families are finding it hard to keep pace with the rising cost of housing and health care as their wages stagnate. Our most vulnerable children are treated as an afterthought in the feverish effort to provide tax cuts for the wealthy and for corporations. Young DACA recipients are treated as political pawns and Black and Brown people are being kept from the polls by racialized voter suppression laws.
Fifty years ago, Rev. Dr. Martin Luther King and others called for a “revolution of values” in America, inviting people who had been divided to stand together against the “triplets of evil”–militarism, racism, and economic injustice–to insist that people need not die from poverty in the richest nation to ever exist.

Today, a new Poor People’s Campaign is needed to save America’s soul.

Drawing on the unfinished work of Dr. King and others when they launched the original Poor People’s Campaign, Rev. Dr. William Barber, Repairers of the Breach, the Kairos Center for Religions, Rights, and Social Justice, and hundreds of local and national partners are leading The Poor People’s Campaign: A National Call for Moral Revival, a new campaign to reignite the effort to unite the poor, disenfranchised, and marginalized to transform our nation’s political, economic and moral structures of our society.

This isn’t a mere commemoration of the work of Dr. King’s and others 50 years ago. It is the consecration of a new moral movement to transform the political, economic, and moral structures of our society. The conditions that motivated Dr. King and others to launch the original Poor People’s Campaign have worsened over the past 50 years.  With the forces of white supremacy and greed gaining even more influence in Washington, and in statehouses across the country, the need for a new Poor People’s Campaign is more urgent than ever.
You can join the moral movement to end systemic racism, poverty, the war economy, environmental destruction, and other injustices. You can help by:
SIGN UP NOW!
Resources