In the past year, several nations have passed new laws to enshrine into their legal and cultural institutions discrimination and criminalization against their citizens on the basis of actual or perceived sexual orientation or gender identity.  Uganda and Nigeria have passed anti-homosexuality laws that criminalize same-sex sexual activity with life imprisonment and impose harsh penalties for those who advocate for civil and human rights for LGBTI persons or who fail to report same-sex behavior.  The Russian duma passed a “gay propaganda” law, which makes it illegal to talk to children about “non-traditional sexual relationships,” creating a chilling effect on freedom of expression and leading to increased persecution of 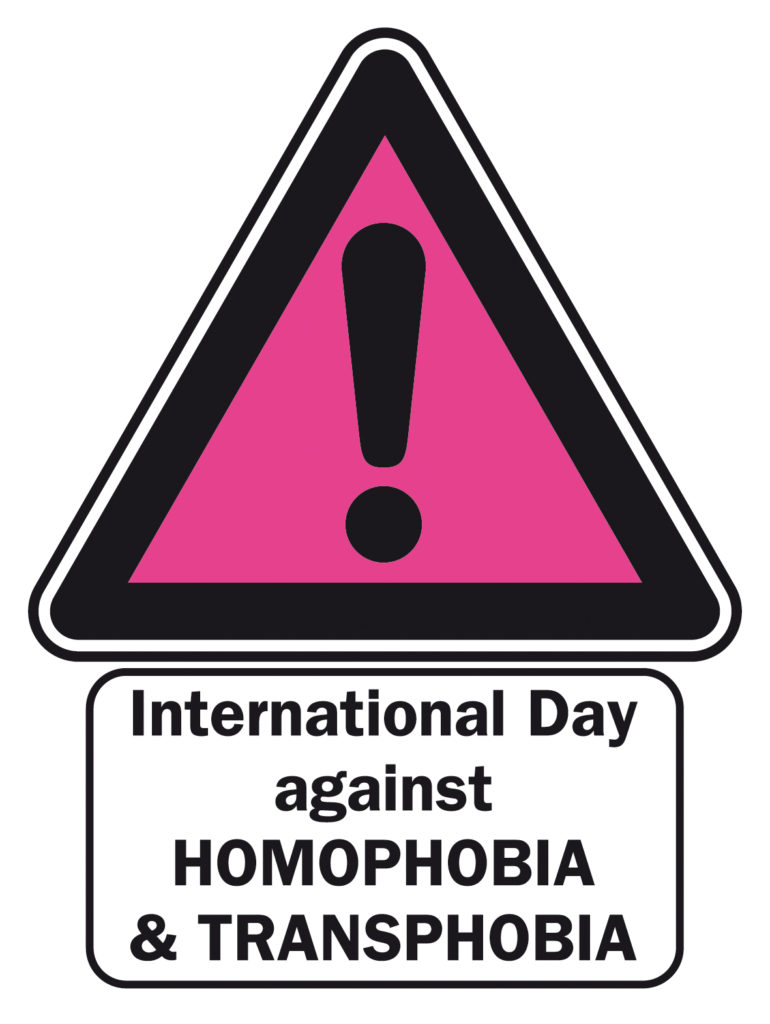 the nation’s LGBTI community. Now, more than ever, people all over the world who suffer from violence, hatred, discrimination, and exclusion based on sexual orientation or gender identity need the support and solidarity of allies who are free to bear witness to the need for civil and human rights protections for all people.

Since 2005, millions of concerned people worldwide have joined together each year for a day of action against anti-gay prejudice and gender-based discrimination, highlighting personal stories and direct action to bring equal rights to LGBTI persons in every corner of the world.  Now understood to be the “international LGBT solidarity day,”

International Day Against Homophobia and Transphobia (IDAHOT) has inspired more than 100 countries to engage their citizens and institutions in intentional conversations around the rights and quality of life issues for sexual minorities within their borders.  As a result, a global movement for civil and human rights for LGBTI people is fomenting unprecedented momentum for change.  But more needs to be done.

On May 17th, join others from all over the world in raising your voice in your church, school, and/or community against homophobia and transphobia.  This is our opportunity to bring a message of equal rights and non-discrimination to regions and countries where civil and human rights have been stifled and to build alliances with those who are willing and able to mobilize for action in a comprehensive campaign for equal rights.  Further, all of our actions against homophobia and transphobia forecast to political leaders and social and religious institutions that the demand for civil and human rights for LGBTI people will not be silenced.

MCC’s Public Policy Team joins in solidarity with LGBTI persons and allies in observance of International Day Against Homophobia and Transphobia and urges all members of MCC to raise their voices against anti-gay prejudice and discrimination.

There are many ways that you can participate:

The resources below can help you make the most of your observance of the International Day Against Homophobia and Transphobia:

This statement was prepared by Rev. DeWayne Davis and Angel Collie for the Public Policy Team of

The Global Justice Institute is the non-profit advocacy and resourcing arm of Metropolitan Community Churches.  We “do justice, show kindness, and live humbly with God” (Micah 6:8).  From helping LGBT activists in Uganda to resourcing communities of women in Pakistan to fighting for marriage equality in the U.S.A. and beyond, the Global Justice Institute is effecting change and making a difference throughout the world.  Please consider making a generous contribution in support of this work.  Donate now.