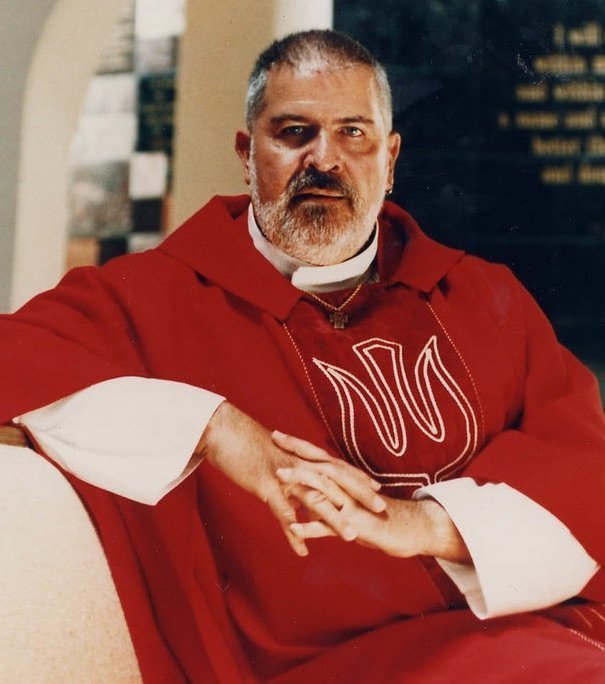 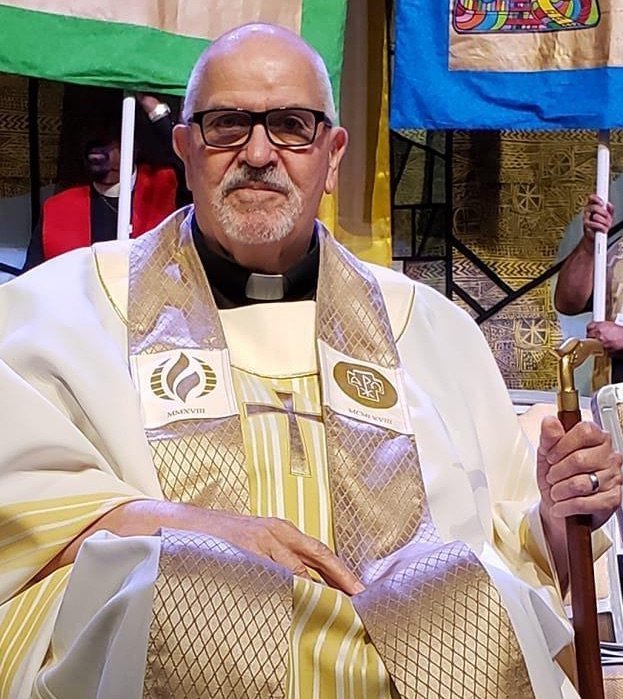 Rev. Elder Troy Perry, MCC’s Founder, is photographed in full clergy robes in 2008 (left) and 2019 at General Conference (right). The gold chasuble and stole will be among the items donated to the Smithsonian National Museum in October. (Left: photographer unknown; Right: photo by Jeff Henderson)

The founder of Metropolitan Community Churches (MCC), Rev. Troy Perry, will make a historical presentation of personal artifacts to the Smithsonian Museum in October.

Museum staff will receive the donation on MCC’s 51st anniversary at the Metropolitan Community Church of Washington, DC, as part of its Sunday service.

“It is such an honor to be included in the Smithsonian collection, especially the National Museum of American History. To be able to live through the history, I believe we only remember when we save our history. In MCC, we have saved history,” Rev. Perry said.

Of the 12 items in the collection, Rev. Perry will present two and ship the rest. He said when he considered what had been important for the last 50 years, he chose his beloved copy of Book of Common Prayer.

“I used it for the first [MCC] service. And for the first same-gender wedding. And I used it for all of the HIV/AIDS funerals–more than I can count. It’s 50 years of memories. In the front is my PO Box in Huntington Park,” Rev. Perry said.

The second artifact is a book in which he wrote his sermons.

“They wanted something in my own handwriting. They will need someone to interpret,” he said, laughing. “I make notes rather than write out my sermons.”

He said he plans to bring the books when he travels to DC. He paused a moment and considered the photo album he had planned to ship to the museum.

“When they contacted me, they said, ‘Rev. Perry, do you have something important to you as a child?’ The first thing I thought of, because of Mother, she made a book of grandparents, holding us as children. I’ll give them the photographs. It goes up to the 50th anniversary at Founders (formerly MCC Los Angeles),” Rev. Perry said.

Rev. Perry said he will send the vestments he wore on MCC’s 50th anniversary at Founders, which were the same he wore at the 2019 General Conference, a gold chasuble and stole.

“I’ve worn them for every march on Washington for marriage rights, where we did mass weddings, demonstrating for our rights,” Rev. Perry said. “That was one thing in my life I wanted to do–legally marry. I’m thankful that some of the donations to the Smithsonian are about marriage.”

Another artifact is from, what Rev. Perry called, “The Year of Persecution in 1973.” A glass cross was made from salvaged stained glass that had been nearly destroyed in the church fire. “MCCLA,” is etched on the front of the cross, and on the back, it says, “From Mother Church” with a photo of the window that was damaged.

The remaining donations are relics from MCC:

Katherine Ott, the curator of medicine and science for the Smithsonian National Museum of American History will be at the presentation.

MCC Staff Member Lauren Bennett worked with the Smithsonian Institution to make this gift to the nation possible.

Rev. Perry said he is thankful for archival work at the University of Southern California and The Center for LGBTQ and Gender Studies in Religion at Pacific School of Religion in Berkeley, California.

“Now with Smithsonian, this is the cherry on top of the cake. Everyone is thrilled,” Rev. Perry said.

Rev. Mobley-Bowie was ordained at MCC’s General Conference in 1995 and has been active in ministry since that time. She has served as an Interim Pastor at churches in Oklahoma, Virginia, and Michigan. She was an Associate Pastor at Resurrection MCC in Houston, and is currently the Minister of Music at Breath of Life Community Center MCC in Michigan.

If you are interested in serving on the North Central USA Churches Network Team, please contact Rev. Carolyn J. Mobley-Bowie at [email protected].

The (U.S.) National Trans Visibility March on Washington is just weeks away and MCC and the Global Justice Institute are organizing, preparing, and engaged as a sponsor and as faith leaders.

Although this is a United States-based action, the March raises the broader global impact of discrimination, oppression, and violence against trans/gender nonconforming/nonbinary people. This is a social justice cause MCC and the Global Justice Institute care passionately about. It is with this in mind that MCCers globally are invited to participate and create a historic moment within MCC in the same way the March will make its mark in history in the U.S.

Check out the NEW resources now found on the MCC website:
https://www.mccchurch.org/participate-national-trans-visibility-march/

Toolkits and educational resources are included to help you create something that will have a lasting positive impact within and beyond MCC.

Read the full article at https://conta.cc/2UzrwX2. 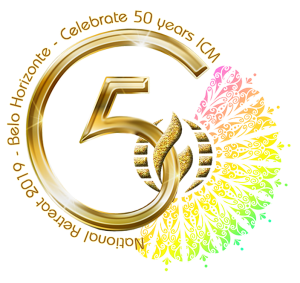 It is with great joy that we announce that registration is open for the National Retreat of the Metropolitan Community Churches of Brazil. Annually, the Brazilian communities gather in a special moment of sharing faith and communion. There will be four intense days of meetings, services, theological panels, artistic presentations, and a lot of celebration! After all, we are Latinos!

In our previous retreats, we had the honor of welcoming friends from Iberoamerica MCCs, Elders, and Moderators. Now it’s your turn to be with us! Strengthening a Global MCC depends on the effort of each of us!

Mobilizing Love will serve as a new and innovative ministry of UFMCC. Rev. Colleen Darraugh, former pastor of MCC of Greater Dallas, has created a new ministry that will serve as an example of how to reach those who are unable to attend worship in a building.

Mobilizing Love utilizes web conferencing tools to offer virtual discussion groups and a support group for LGBTQ caregivers. This ministry has also used technology to bring together a preacher and congregation that were physically separated by hundreds of miles! Rev. Darraugh will serve as the Digital Pastor of the ministry.

Applications are being accepted for the 12th North American LEAD (Laity Empowered for Active Discipleship) Retreat, 27-29 March 2020. MCC of Austin will host the event in Freedom Oaks, Texas, USA.

The first deadline for LEAD Applications* is 16 September 2019. Applicants who meet this deadline will be notified about their status by 30 September 2019.  After that date, applications will be processed monthly until 15 February 2020, or until 18 applicants have been accepted to attend the Retreat.

MCC of Austin has been setting aside monies on a monthly basis to fund the LEAD program. The funds will pay for the attendees’ registration fee, typically $350 USD. Additionally, the church will provide housing and meals during the Retreat. Retreat participants will only need to pay for their travel and a $50 matriculation fee. MCC Austin will also pay for all required and elective online courses needed to complete the LEAD program, a $600 USD value.

The LEAD scholarship fund, the Judy Dale Scholarship for Lay Leadership*, may be used to assist with other fees associated with course work or events necessary for the completion the LEAD requirements.

If you are interested in applying for North American LEAD 12*, please fill out the application and send to Elder Nancy Maxwell at [email protected]

*Scroll down the webpage to find the information you are seeking.

In a recent email, Rev. Trent J. Thornley, J.D., announced he was the new Executive Director and CPE Educator for the San Francisco Night Ministry (SFNM).

“The San Francisco Night Ministry is about rekindling hope in dark times. Since September 1st of 1964, the SF Night Ministry has provided spiritual and emotional care to people on the streets, and by crisis phone line, in the middle of the night, every night of the week.

Apart from police, fire, and ambulance, the SF Night Ministry is the only in-person social service available to people during the nighttime. Our ministry is multi-faith, non-judgmental, non-proselytizing, and open and affirming. The night ministers offer a “ministry of presence” and deep listening, honoring the dignity of every person and responding to how they make meaning for themselves. Frequently, the night ministers find their own spiritual nourishment in the work.

Clinical Pastoral Education (CPE) is field training for spiritual care leaders. SFNM is a fully-accredited CPE center in which students walk the streets with the night ministers as part of their spiritual formation.

As the CPE Educator, he will facilitate two cohorts of students in the upcoming season. The first is a part-time Buddhist-centered CPE in Spring 2020 and the second is a Summer Intensive CPE in Summer 2020.”

Rev. Thornley was one of the preachers at MCC’s 2019 General Conference in July.

Employment Opportunities
Follow the link below to learn about churches seeking transitional and settled pastors, in addition to national secular jobs.
Pastoral and Secular Employment

The links below list churches seeking a transitional pastor or settled pastor, in addition to national secular jobs.