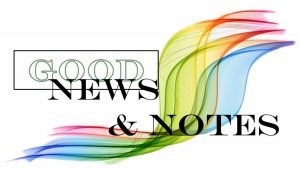 This issue includes some upcoming Pride events as well as Good News stories.
We are proud of our history and all the great ministry you do!
We want to share in your Good News. Send your short stories and pictures to [email protected]

The Queer History and Evolution of Metropolitan Community Churches: a journey from being the “Gay Church” of the late 60s and 70s, to the “Church with AIDS” in the 80s and 90s, to the “Queer Church” of today and tomorrow

This panel presentation will engage some of the earliest and current activists of faith in the LGBTQ+ rights movement in a conversation about our history and future. Metropolitan Community Churches was founded in 1968 (before Stonewall) as the first church/movement/denomination led by and for the queer community. Most of the leaders of MCC were young, queer people of faith whose work and life legacies helped shape the spirituality of a generation of LGBTQ+ people and transform society into a more equitable one for people of various sexualities and gender identities. And, that work is far from over. MCC is called to be a church on the margins, in solidarity with those who are not fully included as equals in other faith movements or in our larger political world. Come learn about this trailblazing history and be inspired and encouraged as the next generation of queer youth of faith who will positively change the world.

MCC is a proud sponsor of Queer Youth of Faith Day

Please share information about Queer Youth of Faith Day with the youth of your church and community. #QYFDAY https://www.belovedarise.org/qyfday

Pride was a Protest

The Impossible but True Story of Gay Pride…LA, NYC, & Beyond!

Rev. Elder Troy Perry will be featured along with other pride pioneers in this event sponsored by The Bureau and the LGBTQ History Project. 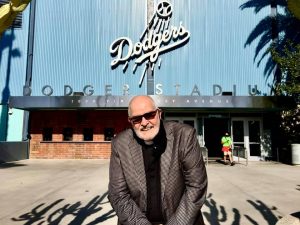 On June 11th, Dodger Stadium (Los Angeles, California, USA) opened for the first baseball game in that location since the pandemic started. It was also LGBTQ+ Pride night and Troy Perry was honored by receiving the Community Hero Lifetime Achievement Award from the LA Dodger organization.

The 6-part documentary covers LGBTQ history in the USA from the 1950’s into today. You can watch FX on HULU or catch this series here: https://www.fxnetworks.com/shows/pride

As you know, MCC has always been on the frontlines of the effort to gain rights and acceptance for LGBTQ people. And, we have made great strides.

Recently, though, an MCC member reminded me that there is still work to be done. She offered to volunteer at a church which ministers primarily to the housing insecure. Their website says, “All are welcome – those who believe as well as those who are seeking.” She submitted a resume which included her MCC volunteer experience and was invited to attend a Sunday service.  The service was held in an alley, with a group of people that many have forgotten. She understood that her faith tradition was clearly different from those of the ministers but liked the idea of taking church to people in need.  The ministers told her that they looked forward to working for her; she had the gig. Days passed. Emails and texts were ignored. So, she researched the denomination’s policy regarding LGBTQ and found a letter from the superintendents condemning homosexuality. She was stunned to see LGBTQ individuals described as “depraved,” “corrupt,” “sinful,” “self-deceived,” “self-aggrandizing,” “self-centered,” “self-destructive,” “alienated from God,” and “fallen.” In the letter, the reader is cautioned about gay-friendly (or just gay) “wolves in sheep’s clothing.” To add insult to injury, the authors referenced Dietrich Bonhoeffer’s “cheap grace.”  There were also oblique references to gay conversion, i.e. “heart change,” redemption, and reorientation.

Today, as an inclusive church, we must still strive for understanding between people of different faiths and acceptance of LGBTQ people. Your work remains critical to this effort.

Rev. Cristiano Valério, Coordinator of MCC Brasil, on Sunday, June 13 presided at the service in memory of the former mayor of São Paulo, Bruno Covas. This was at the invitation of the Municipal Secretariat for Human Rights and Citizenship of the City of São Paulo. Bruno Covas died at the age of 41, from cancer.

Governing Board Member Mark Godette (Raleigh, North Carolina, USA) and his family were featured on a local ABC news affiliate. This Pride story shines a spotlight on LGBTQ+ adoptions and fostering. The Godettes have fostered 30 children and adopted three boys. Read the story or watch the clip here:
https://abc11.com/10816956/?ex_cid=TA_WTVD_FB&utm_campaign=trueAnthem%3A%20Trending%20Content&utm_medium=trueAnthem&utm_source=facebook&fbclid=IwAR1uzJn9xbQk_GwgPZ60mSYBKzCBq-UzQJKUI7sGy4n1aDo8dfZ4mUqV_a8

Rev. Dr. Ana Ester Pádua Freire (Kansas City, Missouri, USA and Belo Horizonte, Brazil) is quoted in this article that explores expanding our understanding of being welcoming and inclusive.
https://faithandleadership.com/mihee-kim-kort-lgbtq-folks-teach-us-lot-about-kinship?utm_source=newsletter&utm_medium=email&utm_content=Read%20more&utm_campaign=fl_newsletter

Rev. Elder Dr. Jim Mitulski (Foster City, California, USA) is featured in a powerful print article “AIDS and the Blessings of Staying: The Ministry of Reverend Jim Mitulski.” Lynne Gerber, the author of the article, also produced a podcast in which she interviewed Jim and talks about MCC San Francisco “San Francisco’s ‘AIDS Church’ and the 40th Anniversary of HIV/AIDS.”
Article: https://therevealer.org/aids-and-the-blessings-of-staying-the-ministry-of-reverend-jim-mitulski/?fbclid=IwAR3NSAyBBREhF61d7WZTuETFskd_Y193P0ZSrhTZHSE23NgdkR7S9cc1xlo
Podcast: https://podcasts.apple.com/us/podcast/san-franciscos-aids-church-40th-anniversary-hiv-aids/id1497578518?i=1000523215659

Rev. Samarium Luis Camilo Laborde, ICM Pastor in Colombia, had his story included in a magazine article in May entitled “Sexual Conversion in the Eyes of Religion” [English Translation] Read the story here: https://www.elheraldo.co/sociedad/conversion-sexual-ante-los-ojos-de-la-religion-816341

Rev. Dr. Vennece Fowlkes, co-pastor of MCC Baltimore (Maryland, USA) graduated with an M.Div from Wesley Theological Seminary and is the 2021 recipient of the Maryland Bible Society Award for Proficiency in Biblical Preaching.

Camille Araullo (Los Angeles, California, USA) graduated with an M.Div. and received the Good Shepherd Preaching Award from the Claremont School of Theology.

Rev. Aaron Miller (Hartford, Connecticut, USA) has been appointed as Chaplain to the Yale Pediatric Gender Program that supports more than 200 youth and their families.

MCC of the Lehigh Valley (Bethlehem, Pennsylvania, USA) reached 100 spiritual formation opportunities since November (the church’s reporting year runs from November 1 through October 31). Just over 1,000 adults and children (1,001 to be specific) have attended MCCLV’s classes so far this year. View the details on MCCLV’s public documents folder: https://docs.google.com/spreadsheets/d/18z1RjsWoterF9ZQgdVHwNMWavDorztBvp_DvG6oV_BM/edit#gid=0 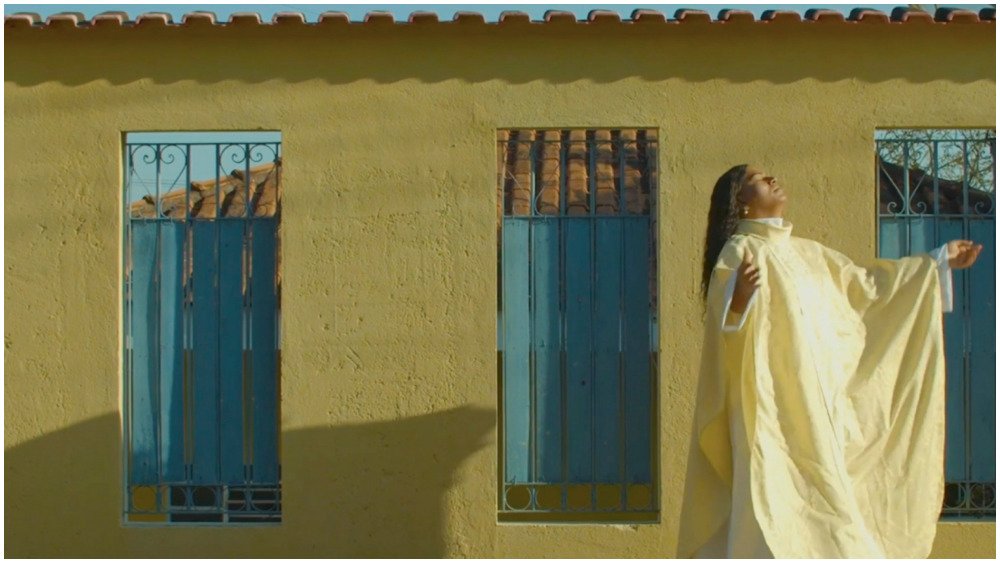 “God is a Woman” – Reverenda Alexya Salvador (São Paulo, Brasil) made headlines again! The film “God is a Woman” was selected as one of the documentaries to be presented at Cannes Docs, part of the Cannes Film Festival. Directed by Brazilian filmmaker Bárbara Cunha and produced by Chica Mendonça (Chá Cinematográfico, Brazil), “God Is a Woman” tells the story of ICM’s Alexya Salvador, a trans, indigenous, Afro-Brazilian woman, mother of three and Pastor.

Querida Nancy / Dear Nancy – Nancy Cárdenas (29 May 1934 – 23 March 1994) was a Mexican actor, poet, writer and feminist. She was a playwright and one of the first Mexican persons to publicly declare her homosexuality. MCC was a sponsor of this documentary. The ICM logo appears on the screen. Rev. Elder Héctor Gutiérrez and his spouse Juan were at the premiere for sponsors. Here is a link to the teaser: https://www.oliviaperegrino.com/portfolios/teaser-querida-nancy/ 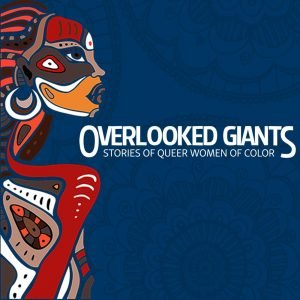 Overlooked Giants: A Parable of Queer Women of Color in the Arts by AhSa-Ti Nu (St. Louis, Missouri, USA) is a musical film that explores what it is like to be a Queer Woman of Color in the Arts inspired by AhSa-Ti’s interviews with all sorts of artists, including Orgena Rose (USA/UK). This film premiered in June and is available for rental or purchase at https://www.ahsatinu.com/overlooked-giants. In addition to the film, you can hear all of AhSa-Ti’s interviews on her podcast: Overlooked Giants available wherever you listen to Podcasts.

Three Pathways to Healing and Reconciliation open July 1st. Watch emails and posts for the links to share your stories.

PASTORAL CARE FROM THE ELDERS

The new Council of Elders has been in place since February and is discerning how best to serve MCC as its spiritual and pastoral leaders. All the Elders, with the exception of the Moderator, are volunteers. All are active in ministry at a local level, as well as serving on the Council of Elders. A survey will be coming to clergy and church leaders to ask for feedback on the Point Elder system and for their ideas about pastoral and spiritual support. The Council will use this feedback and other information to decide the most appropriate way to support our church leaders and congregations around the world.

In the meantime, if you have a pastoral concern that you wish to share with an Elder, please email COEPastoral[email protected] and a member of the Council of Elders will be in touch with you.