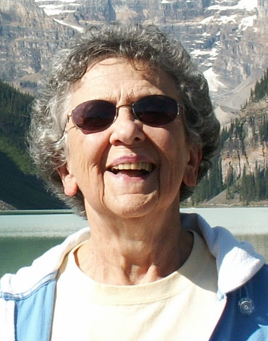 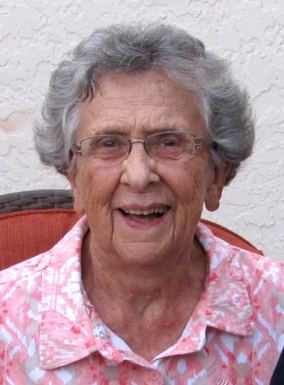 Barbara Chase Wilson, 92, passed peacefully from this life on 4 August 2019 at the Water’s Edge assisted living facility in Bradenton, Florida, USA. Prior to moving to Water’s Edge in 2018, Barbara lived in the Mount Vernon retirement community in Bradenton since 2010. She moved to Bradenton from Long Island, New York, where she had spent all of her previous years.

Barbara was born in Mineola, New York, on 12 November 1926, to Willard and Grace (Prince) Chase. After graduating from Mineola High School in 1944 as Valedictorian, she worked as a secretary in Manhattan for several years. She married Ralph Wilson, the love of her life, on 24 January 1948, and they raised their family in Plainview, New York. Barbara worked as a Medical Records Analyst in Central General Hospital in Plainview for 25 years.

Barbara and Ralph were both active members in the Hicksville Methodist Church. She helped start the church food pantry, taught Sunday School and was active in the church women’s organization for many years. She also volunteered with the United Cerebral Palsy organization, tutored those who were learning English as a second language, and became a volunteer for the Bradenton chapter of the Democratic party. Barbara proudly marched with her daughter in the New York City Pride Parade, and, in 2007, she received the Edith Allen Perry Award from the Metropolitan Community Churches, which honors parents who unconditionally love their children.

Barbara was preceded in death by Ralph, her husband of 45 years; her son, David Wilson; her brothers, Ed, Bob, Bill, and Rod; and her sisters, Betty and Jo. She is survived by her daughter, Nancy Wilson and her wife Paula Schoenwether; her son, Mark Wilson, and his wife Leslie; her daughter-in-law, Linda Jensen; her granddaughters, Lucy Reeves and Sally Bishop; and her great-grandsons, Brody, Mason, and Kaleb.

Barbara was very close to her brothers and sisters, several of whom lived on Long Island, and especially her nephew Cliff and his family. She loved spending time with family, traveling, playing golf, watching the birds, and enjoying music, having played the piano in her younger years.

Barbara was a loving mother, wife, sister, grandmother, and great-grandmother. She was known to her great-grandsons as Pink Grandma and loved when they came to visit from Washington State. She loved spending time at the beach, and in her last years when she could no longer walk, she enjoyed sitting in the car at the beach to watch the water and the wildlife.

The family wishes to thank the aides, nurses and staff at Water’s Edge and Tidewell Hospice for the wonderful, tender care they provided to Barbara.

Services will be held in Long Island, New York, at Hicksville United Methodist Church, 7 September 2019 at 11:00 am EDT.  Interment will follow at St. Margaret’s cemetery in Plainview, New York.